Directed by Jeff Baena and starring Alison Brie (How to be single), Horse Girl is one of the weirdest movies I have seen not only this year, but even since I started to write this blog, and even more, since I started watching movies.

The end of Horse Girl is so weird, that it literally seems we need some extra scene, to finally decide what the hell was happening to the main character. But if like everyone who saw the movie, you ended up very confused at the end, do not worry, because now and without further ado, we’ll analyze and explain Horse Girl in depth .

END_OF_DOCUMENT_TOKEN_TO_BE_REPLACED

Starring Sophia Lillis ( It ) and Alice Krige ( The Sorcerer’s Apprentice ), and directed by Oz Perkins ( I am the pretty thing that lives in this house), Gretel & Hansel, despite the name switching in the title, does not attempt to claim the Fairy Tale by the Grimm Brothers under the light of feminism, but rather pretends to reinterpret the story from a darker point of view, which curiously takes some borrowed things from Robert Eggers’s 2015 horror film, The Witch , with quite interesting results.

Now, if after seeing the ending of the movie you still have doubts and questions about it, do not worry, because now and without further ado, we will explain Gretel & Hansel (2020) in depth.

END_OF_DOCUMENT_TOKEN_TO_BE_REPLACED

Directed by Gerard McMurray, a frequent collaborator of director Ryan Coogler ( Black Panther ), The First Purge is the fourth installment in the franchise started in 2013 by Jason Blum and James DeMonaco, about the Purge Night, an annual event that takes place in a dystopian United States led by a group of politicians called The New Founding Fathers of America (NFFA).

So, If you just watched the movie and a lot of questions are flying in your head about what really happened that night in Staten Island, who were in the middle of the crossfire, and how this film connects to the other three of the franchise, don’t worry, because we will try to answer all those question and more in this post. Let’s go for it!

1 ^ Is there a ‘The First Purge’ post-credit scene?

If you fly off the theater like a transcontinental rocket when a movie ends, slow down a bit, because there is a post-credits scene at the end of this movie. What happens in this scene? What does it mean? Keep reading and you will find the answer.

END_OF_DOCUMENT_TOKEN_TO_BE_REPLACED

Starring Michael Peña and Lizzy Caplan, Extinction is one of the most anticipated additions to Netflix for Summer 2018, and although we will discuss whether the film was good or not in the upcoming review, we can disclose in advance that the film has a quite unexpected twist. So, if this wist, or any other part of the 95 minutes of the film left you wondering what was really happening, do not worry, in this post we will try to solve all your questions. Just keep reading.

1 ^ Are there any post-credits scenes in Extinction?

No. There are no post-credits scene in Extinction, so feel free to ignore the hundreds of people who made the movie possible, after you see the name of director Ben Young on screen.

2 ^ Who is Peter? What is the meaning of his nightmares? He can see the future?

At the beginning of the movie

END_OF_DOCUMENT_TOKEN_TO_BE_REPLACED

Before even writing the corresponding review about Mission: Impossible – Fallout, I can confirm that not only this is the best movie of the franchise, but also this is the one with the most convoluted plot. So, if you find yourself wondering what just happened in the movie, after the credits roll, do not worry, because 1) you are not the only one and 2) in this post we will answer all the questions you may have, or at least we will try. No further ado, Get this post started! 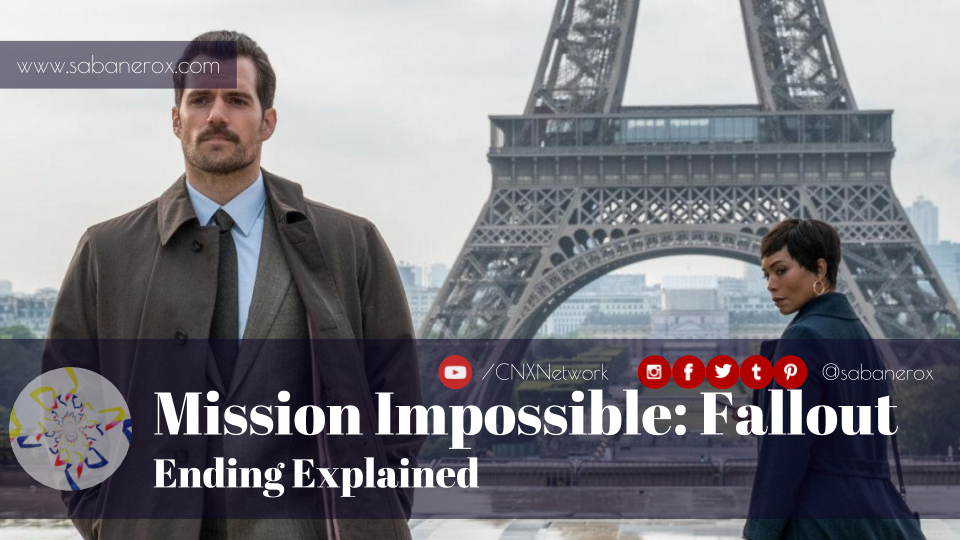 1 ^ What happened in the five films that preceded Fallout?

The list of films of Mission: Impossible, with a very short summary is as it follows: