One of the new additions to the Netflix library this May is one of the most controversial pieces of the Indian Cinema. Directed by Sudanshu Saria, Loev is at the same time a road film, a love story and of course, a lgbt flick.

Although the movie’s plot is quite easy to follow, once you reach the end of the film, the usual feeling for the average viewer is confusion. There is so much on the character’s behavior and attitudes that does not seem to fit, or at least, that is hard to understand that one or two hours later you find yourself thinking about their motives.

In this post I will attempt to analize and explain Loev, specially through a emotional dissection of its characters. Of course that will be my personal opinion, if you find another, I will be more than happy to read it on the comments section. Let’s do this. 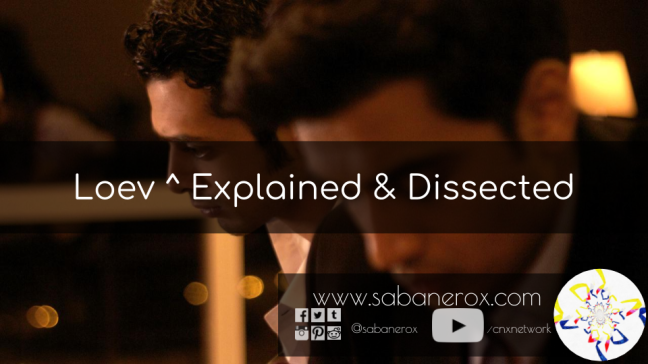 (Spoilers alert) The first thing we need to do to understand this film is to review the plot. Sahil (Dhruv Ganesh RIP) is an aspiring musician based on Mumbai (India). After a somehow funny discussion with his partner Alex about not paying the electricity bill, Sahil goes to the airport to pick up his childhood friend Jai (Shiv Pandit).

Jai is a successful business based in New York City, and he travels to India to spend the weekend with Sahil, and also to set up the final details of a deal in Mumbai. Sahil takes Jai away from the craziness of Mumbai, and he rents a cabin in Mahabaleshwar, a hill station town, in the western Indian mountains.

What is really obvious from the beginning is that Jai and Sahil are more than just friends. And it seems quite obvious too that spending the weekend in a kind of isolated cabin implies they are going to have sex in some point. Nevertheless, during their time in Mahabeleshwar, sex never happens. First because of Sahil’s lack of sleep, after driving most of the night, and then because Sahil himself seems to be pushing Jai away.

After a long hiking in the hills, where Jai and Sahil just keep staring at each other, they come back to Mumbai, where they stay in a fancy hotel, same hotel where Jai is going to close the deal. Sahil interrupts the business meeting and kisses Jai, exposing him as a gay man. When Jai comes back to the room, he starts a fight with Sahil that actually is quite revealing of the true nature of the characters. The fight reaches its climax when Jai rapes Sahil, just to regret his actions immediately.

Despite of the horrible moment, Jai and Sahil go together to the dinner in the hotel, with Sahil’s boyfriend Alex. Alex has also invited a friend of his, Junior. The dinner go very weird, exposing Alex as a very immature man. The four men end up in the room, where they spend a nice time, dancing and singing. Alex leaves the hotel with Junior so Sahil can take Jai to the airport.

In the airport, Jai tells Sahil their relationship or whatever they have been doing is doomed because of what happened in the hotel room and although Sahil is ready to forget and forgive, Jai is not. Jai leaves India, as Alex picks Sahil up and take him to their place.

Let’s talk about Jai. Jai is a successful business man in New York City. He spent his childhood and teenage years in Mumbai, until he got a job opportunity in the United States, where he took his mother to live with him. Jai is a goal-oriented man, and Alex actually describes him in a very harsh line Jay «spends money to get more money».

Jai lives under pressure, not only from his very demanding job, but also from his mother who seems a very difficult woman to deal with. But even in that case, Jai’s travel to India is not exclusively to have a break. He’s there for business.

Sahil is in a point of his life where he resents the fact that he is an adult. That is evident in the very fact that he is in a relationship with a younger man, and that he finds very annoying all the «keeping the house straight» deal.  And he realizes that if he doesn’t take care of the adult responsibilities, nobody will.

The weekend off with Jai is not exclusively to be with him. It is a break from his adult life. A chance to become the spoiled one for a change.

Why didn’t Sahil want to have sex with Jai?

In this point, I don’t think Sahil did not want to have sex with Jai. I think he was pursuing another kind of relationship with him. The weekend we see on screen is not the first weekend these two men spend together, Jai mentions a time they were together in Macau, where probably they did have sex.

What Sahil wants is a way off from his life in Mumbai, to an easier life with Jai as a partner. But Jai seems to regard Sahil just as a sex fling. And Sahil knows that.

That’s why Sahil decides not to engage in sex immediately but taking advantage of the weekend to spend meaningful moments with Jai, as the hiking in the hills. What Sahil could not predict is how bad his plans were going to backfire.

Why did Jai rape Sahil?

As a goal-oriented business man, Jai is used to get returns on his investments. He states frequently that he likes Sahil, and in order to spend a nice time with him (meaning having sex with him) he does not mind to spend certain amount of money.

The whole problem begins when Sahil starts his manipulation scheme. Sahil wants Jai to fall in love with him, and he organizes the time in Mahabaleshwar with that goal in mind. Of course, Jai, who is mainly interested in sex with Sahil, resents immediately the manipulation.

The rage in Jai escalate slowly and finally explodes when Sahil gets in the business room and exposes him. Keeping in mind Jai is not completely open with his sexual orientation and he is only ready to explore behind closed doors, this was the final shot.

Jai goes to the room and faces Sahil, exposing his manipulation scheme, but in his mind Sahil just wants to have a fun time with him, without giving anything in return. Now Jai, enraged go for his goal, having sex with Jai, and he proceeds to rape him.

Why did Sahil exposes Jai in the meeting room?

It is clearly a desperate act. Jai is minutes away from leaving India and he does not seem to have changed at all his intentions with Sahil. Sahil concludes that Jai’s behavior is related to him being closeted. And he decides to expose him. He obviously is not thinking clearly. He thinks that once Jai does not have to worry about hiding his sexual condition he will be finally relaxed to love him. But that is obviously the worst idea ever.

What does «this is not what you want» mean?

Just before Jai attacks Sahil, he tells him «this is not what you want». This is not a reference to Jai, who probably at that precise moment just want sex with him, but to Sahil himself. He doesn’t want sex, he wants a different life, but mixed with those ambitions now there is love. That is one of the big points in this movie, even when Jai and Sahil were pursuing different goals, besides finding love, at the end both of them realize that they’re now in love with each other.

Why did Jai decided to end his relationship with Sahil?

Sahil quickly forgives Jai for what he did, but you have to notice that this forgiveness came after the dinner in the hotel, where Alex was present. Sahil saw Alex’s flaws again and he definitely thinks that a prospect of relationship with Jai (even when he raped him) is more desirable than staying with Alex.

But now Jai finds himself in love with Sahil, and realizes he is able to hurt him in the worst way possible, he concludes that the best thing that could ever happened to Sahil is to stay away from him. He comes to terms with his feelings when we see him writing the «I love you» text message.

It is actually sad for Jai, and that is very evident in his face (great performance by Pandit), that he just found love and he has to let it go just minutes after realizing it.

What does the scene in the risk mean?

When Jai and Sahil were hiking they sat for a while in front of a risk, they stare at each other, but they do not do anything. Then Jai remembers than moment and wonders himself what would have happened if instead of being mad for not getting any sex, he just falls in Sahil’s scheme and lets himself just kiss him and love him. That would have made a huge difference.

What happens with Sahil and Alex at the end of the movie?

After missing the opportunity with Jai, Sahil is more comfortable with the idea of being in a relationship with Alex, seeing not only his flaws, but also his good points. Alex loves him to the point that he lets himself have a sex weekend with another guy, a smarter, more mature and more successful guy, just for him to be happy. Sahil finally sees Alex as he is, a sweet kid that would never hurt him. That’s why he decides to, this time, being happy with him.